Catching Up With ET Games A Year On From Dragons’ Den 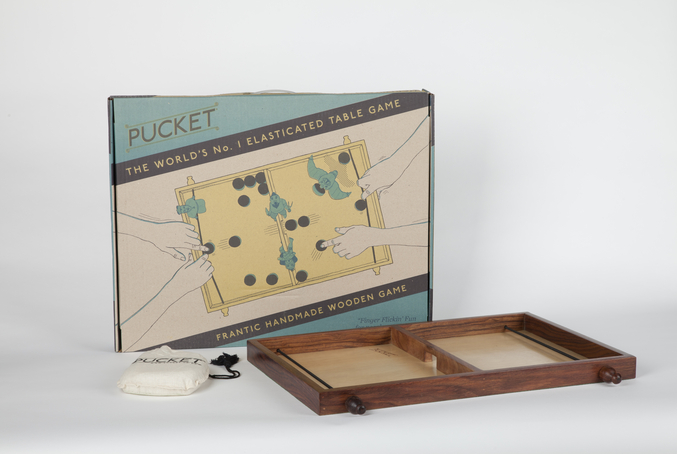 For those who haven’t encountered Pucket – what is it?
Dave: It’s a frantic wooden game, where you fire pucks across the board trying to empty your side and fill your opponent’s. It is handmade, highly addictive fun.

How did Pucket begin?
Dave: I was studying in France when I saw two old men getting rather irate at each other in the street. I went over to see what the commotion was about; they were playing a version of Pucket. I decided to make one for my younger brother. Fast-forward three years and after encouragement from friends I launched into production...

Describing it can only do it so much justice. Watch Pucket in action in this beautiful video and you'll most certainly want a go…

What is your fasted recorded game of Pucket?
Ben: Too fast to admit. We have trained with speedy 16 where you start with all 16 pucks and play with no opponent, essentially you see how fast you can clear your side. Sub 10 seconds is a must for any player worth their salt. 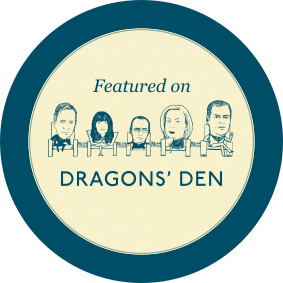 Last year you pitched to the Dragons on Dragons’ Den, what was that like?
Ben: Pitching our game to the Dragons on the BBC was fun. It was also pretty scary, but well worth it. Whilst we did not get investment from them, we did get it from someone we had previously practiced our pitch to, Streetbank founder Sam Stephens. We were in the Den for nearly two hours, with no notes, no prompts and 5 dragons firing questions at us with the odd theatrical explosion to boot.

When did you last play Pucket?
Dave: Yesterday – we have a new shipment of Pucket games in, and it’s very important to see how they play. We don’t test play every individual game of course.

What’s next for ET games?
Ben: We have just launched a new website and two new games, Bridget and Rollet. Bridget is being made in the UK with a lot of the process happening in prisons. Rollet is being made by our fairtrade supplier in India. We do have some thoughts for new games for next summer but they have to wait until January, for now we are gearing up for Christmas sales. 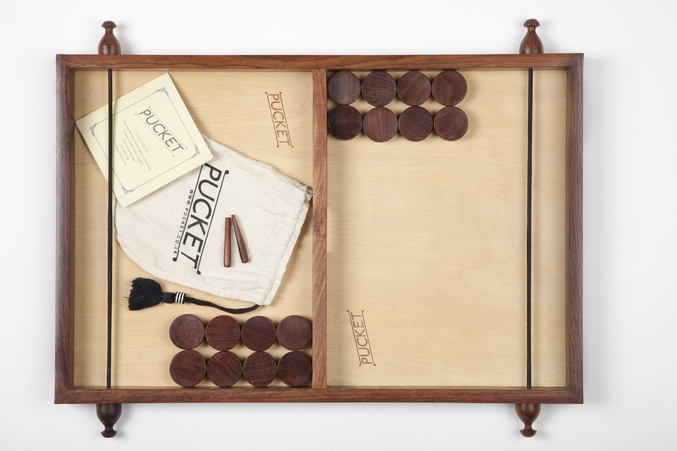 For news, recipes and competitions.